After majoring in English Literature as an undergrad, I went on to graduate school, where I focused on modern British poetry and W.H.Auden in particular.  His work enchanted me, partly because the landscape plays such an extensive role in his poems.  One poem in particular sticks with me even now, “Musee des Beaux Arts.”  In it, he writes about one of my favorite paintings, Bruegel's “Landscape with the Fall of Icarus”:

In Breughel's Icarus, for instance: how everything turns away
Quite leisurely from the disaster; the ploughman may
Have heard the splash, the forsaken cry,
But for him it was not an important failure; the sun shone
As it had to on the white legs disappearing into the green
Water, and the expensive delicate ship that must have seen
Something amazing, a boy falling out of the sky,
Had somewhere to get to and sailed calmly on.

Although the plowman dominates the painting, there's a lot going on it, and you really have to look to notice Icarus at all.  He's just about to go under in a forward dive: 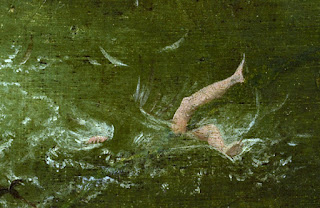 As with Hieronymus Bosch' painting, “The Garden of Earthly Delights,” the landscape here is merely a setting for a story.  But it's a magical landscape, a landscape where myth edges up to the quotidian.  In the moment depicted by Bruegel, the plowman plows, the sailing ship sails, the shepherd herds, but Icarus plummets out of a long-told tale, drops into the ocean.

As I walk through the landscape while seeking a painting spot, I keep my senses alert for a moment like that.  I don't want to miss Icarus. 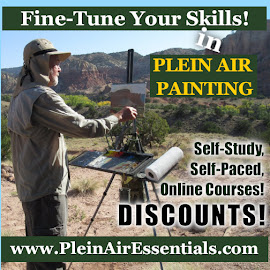 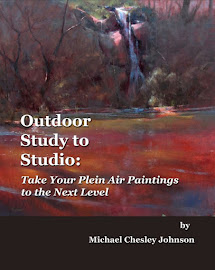 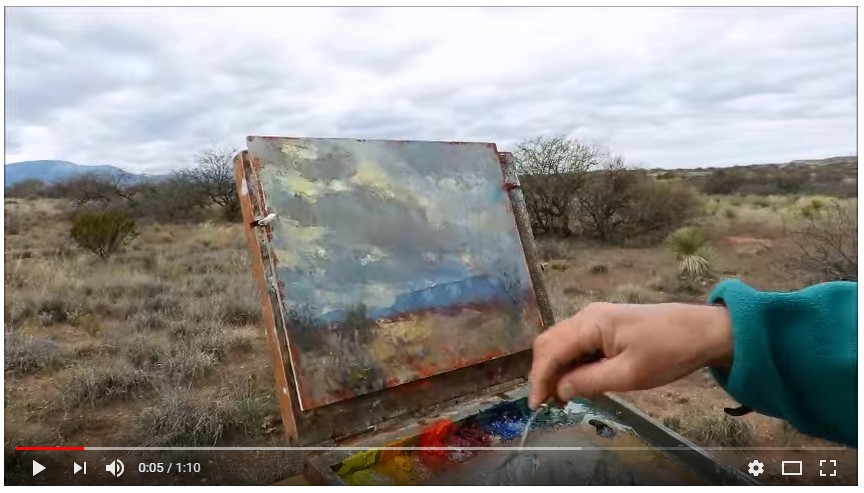